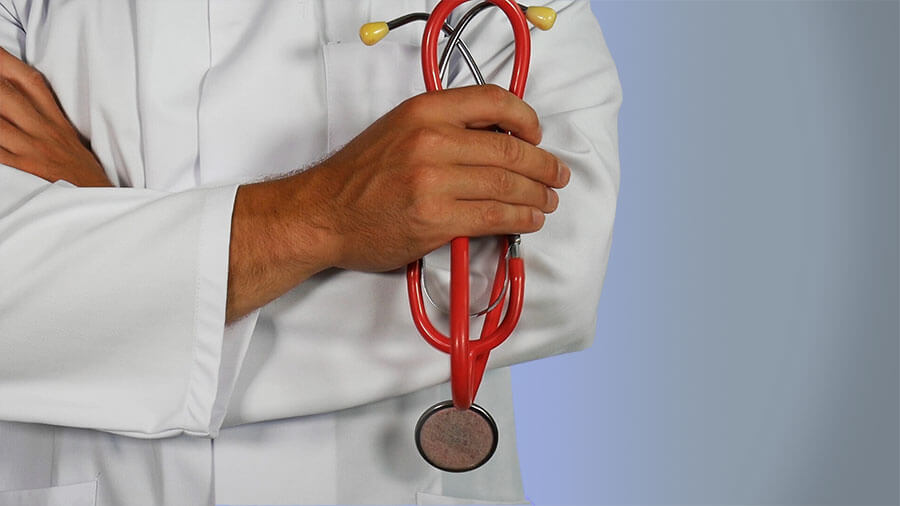 One particular and deadly organism, Clostridium difficile (C-diff.), can be hospital acquired. C-diff. consists of symptoms such as nausea, abdominal pain, and profuse diarrhea. Studies have demonstrated widespread environmental contamination with C-diff. in the rooms of infected patients ranging from 2.9% to 75%.  C-diff. spores can be cultured from hospital beds, bed rails, floors, and walls of hospital rooms where prior occupants have had a C-diff. infection1. Interestingly, a large retrospective cohort study showed patients who shared a bed with prior occupants who received antibiotics were at an increased risk for developing a C-diff. infection2

Healthcare workers’ hands can also transmit bacteria. Healthcare workers’ hands are a major vector for cross-transmission with an estimated 20 to 40% causing hospital-acquired infections, which commonly occurs after direct patient contact3. Stethoscopes, which physicians use to listen to patients’ heart and lung sounds, may serve as a vehicle for transmitting bacteria from one patient to another as well. In one study, cultures from 200 stethoscopes were analyzed and 80 percent of the stethoscopes harbored bacteria with the most identified microbes being gram-positive pathogens such as Staphylococcus aureus. Surprisingly, surveys conducted found that 70 to 90 percent of physicians stated they failed to disinfect their stethoscopes after every patient encounter4

Scrubs, white coats, and wrist watches can all became contaminated as well. In a recent trial, researchers followed 40 nurses who were wearing traditional cotton-polyester scrubs, scrubs with silver alloy embedded in the fabric, or scrubs treated with antibacterial materials. Cultures were taken from the nurses’ scrubs, patients, and the environment that showed nurses’ scrubs frequently become contaminated with pathogens in the environment and the type of scrubs worn made no difference1

Unfortunately, disinfection procedures vary significantly among hospitals and there is no gold standard1. Until then, hospital environmental services departments and infection control committees should continue to recognize, educate staff, and implement evidence-based strategies to help prevent transmission and promote a safe environment for patients and their families.